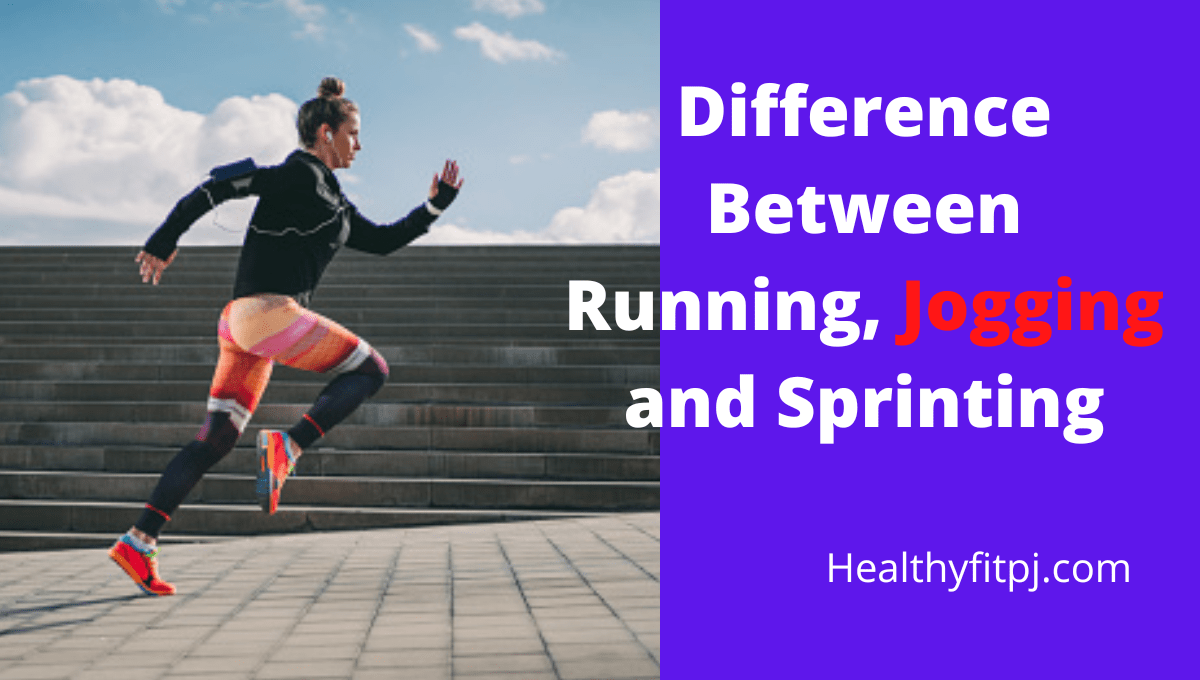 Do you prefer jogging over sprinting when performing exercises similar to running?

Sprinting may not provide as many advantages as steady-state cardio, such as running. The advantages of sprinting, however, cannot be disregarded and will be covered in later parts.

Which do you believe will help you reach your health and fitness objectives more effectively, sprinting or jogging? We’re going to compare jogging with sprinting today to find which one is better.

We’ll first talk about how the two vary and what muscles are involved. After that, we’ll discuss any goals you might have to determine the perfect exercise.

Finally, we’ll offer some advice on how to build your strength and endurance so that you can run farther and faster.

What is Running, Jogging and Sprinting

Because we covered every angle that could be discussed in this blog post, this piece will be intriguing.

This material can help you improve your understanding of running, jogging, and sprinting whether you’re a typical fitness enthusiast, athlete, or cooch.

Jogging requires less effort than running because it is a less demanding kind of aerobic exercise.

Remember that pace can be arbitrary, so if you’re just getting started with your fitness, a 14-minute mile might feel like a run to you.

The finest aerobic workout is running. To accomplish it efficiently, though, you need more energy and carbohydrates than you would if you were jogging or walking.

Additionally, it raises your heart rate, which enhances blood circulation and allows your muscles to use oxygen more effectively.

In terms of intensity and intent, sprinting is very different from running and jogging.

It is an extremely energy-intensive activity with sky-level intensity.

Whether you sprint for 100 or 600 metres, it takes all of your effort because it is an anaerobic exercise.

Not only for runners, though. Anyone who can run a sprint can. Additionally, it offers the same advantages as jogging and running provide, but in less time.

The Benefits Of Running, Jogging, And Sprinting 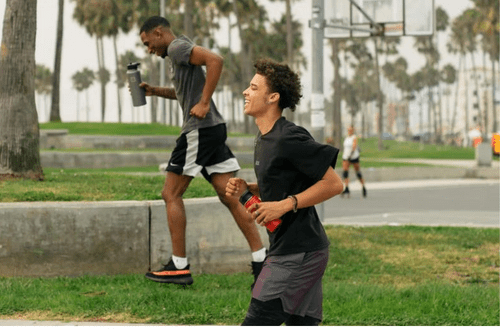 Difference Between Running, Jogging and Sprinting

Let’s examine the differences between jogging, running, and sprinting in terms of numerous factors, including average pace, calories burned, and form.

Sprinting: A sprint of 100 metres by a 140-pound person will burn about eight calories, but they will also burn many calories after the sprint.

You must subtract 60 minutes from the entire amount of time you spend running (in minutes), then double the distance you cover, to determine your average speed.

For instance, your average speed would be 12 KM/H if you ran 4 KM in 20 minutes.

Jogging: A healthy person moves at an average speed of close to 8 km/h, according to certain research.

Sprinting: There is no such thing as an ordinary sprint; you must give it your all for a minimum of 10 and a maximum of 30 seconds.

Running: Keep your chest high, shoulders slightly down, and face forward while running. Your upper body form is what it is.

Keep your knees in line with your toes when jogging for appropriate lower body form; bringing your knees up high may shorten your stride.

When you run, your one foot will be in the air, followed by the other feet, making less touch with the ground. When you land, only your forefeet make contact with the ground since doing so will enable you to run farther and quicker.

Jogging: Except for the following factors, jogging and running are very similar in form.

1. Jogging causes your feet to make more ground contact than running does.

2. Compared to running, there will be less arm movement.

Sprinting: Keep your chest high, shoulder blades slightly down, and face forward when sprinting accurately. Your upper body posture is as shown.

Keep your knees in line with your toes and lift them as high as you can to allow for a long stride and little ground contact for optimal lower body form.

Difference Between Running Vs Sprinting

Sprinting and running are two very distinct sports. For instance, there are differences in execution, form, and pace.

Here, we’ll look at a few key points that will clarify the distinctions between running and sprinting.

The body’s entire range of motion is impacted by speed, but the hamstrings, quads, glutes, calves, and heels are most affected. For instance, according to a study in the “Journal of Sports Sciences,” your muscles contract more quickly when you run.

For instance, runners who run longer distances have slender bodies, whereas sprinters who run quickly have athletic and strong bodies.

Sprinting is a workout that involves short, rapid bursts that can last up to 60 seconds. Sprinting is a technique used to enhance speed and endurance at various intervals.

Depending on your objective, you must sprint for a certain distance of 100 to 600 metres as quickly as you can.

Running is a 20 to 60-minute, moderate- to high-intensity aerobic exercise. Running often occurs at a speed of 10 to 15 km/h.

The general rule is that you burn more calories when you run faster. For instance, four sprints of 100 metres each will burn the same number of calories as ten minutes of jogging at 12 km/h.

Sprinting is the best option if you want to burn more calories in the shortest amount of time because 30 seconds of three 100-meter sprint intervals can burn a lot of calories over the course of the next three hours.

Difference Between Running And Jogging

Running and jogging are both cardio or aerobic workouts, but they are performed at various speeds and for different reasons. Here, we’ll examine several crucial details that will enable you to distinguish between them.

Jogging is mostly done to increase stamina and endurance. Running, on the other hand, boosts energy and metabolism while also accelerating pace.

Running is a moderate to high-intensity workout, jogging is low to moderate intensity exercise. For instance, the average person jogs at a speed of 6 to 10 Km/h while running at 10 to 14 Km/h.

A 70-Kg person will burn approximately 100 calories while running for 10 minutes at a speed of 8 kph, according to the ACE fitness group.

However, if he picks up the pace and runs at a speed of 12 kph, he burns about 150 calories.

Therefore, you burn more calories when you run faster. However, running more quickly will cause you to pass out more quickly than jogging.

Difference Between Jogging and Sprinting

While sprinting is a high-intensity action that takes all of your energy and effort, jogging is a low to moderate intensity activity that doesn’t use much energy.

The sprinting form is completely different from the jogging form.

For instance, when jogging, you don’t raise your knees very high, but when sprinting, doing so can assist you go more quickly.

In comparison to sprinting, your feet make the most contact with the ground.

As we can see, sprinting, running, and jogging all require various energy systems in addition to varying in pace and effort.

Because of this, it’s crucial that if you choose to incorporate one of them into your daily or weekly schedule, it will be beneficial.

To prevent injuries, always stretch after every jog, run, or sprint.